Welcome to the official page for the THIRST Sports Performance Clinic, an educational experience designed to help improve, educate, and gather coaches from the area to aid in athletic performance, hosted and ran by Terre Haute Intensity Resistance and Sports Training (THIRST).

*If you are a college student, you may enter the code “STUDENT20” at checkout to receive $35 off. You will be required to show student ID the day of the event. If you do not present a student ID you will be responsible for the additional $35 at registration.*

The clinic will consist of seven 55-minute presentations, followed by an open Q&A panel from the following coaches and experts: 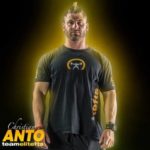 Christian began his athletic career in high school as a soccer player. He continued his soccer career into college playing for a NJCAA school in Madison, Wisconsin. From there he turned to the weight room to extend his athletic goals and transitioned into studying Human Health Sciences while in nursing school for 2.5 years. He began working at a private training facility, NBS Fitness, and focused on building people’s strength in Memphis TN. After a couple of years, Christian converted his educational focus to Exercise Sports Sciences where he has earned his bachelor’s degree and Certified Strength and Conditioning Specialist (CSCS) certification. While he was there he served as an intern for the University of Memphis Tigers coaching athletes from every sports background. Christian is an EliteFTS sponsored athlete and competitive powerlifter who has gained elite totals in three weight classes and stays competitive in the 181-pound class with a 1770 total. He is very passionate about his training and brings that intensity to his personal clients and those that attend seminars hosted by EliteFTS where he has coached alongside some of the best coaches in the current industry. Christian has a very technical eye for movement mechanics, particularly when it comes to strength training. He currently resides in Highland, Indiana working out of Illinana Power Asylum. Christian is ready to share his knowledge and help clients become strong and healthy while reaching their personal fitness goals. 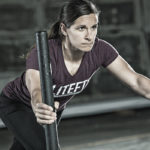 Julia Anto is a strength coach to strength athletes like powerlifters and physique competitors, as well as recreational lifters and those seeking body transformation through muscle building and fat loss. With a degree in Exercise Science from Ball State University, she is CSCS certified with the NSCA and has a PN-1 certification with Precision Nutrition.

Julia is a former Division 1 strength coach from the University at Buffalo, where she worked with nearly every team on campus from 2002-2009. In 2009, she transitioned to program director at Parisi Speed School in Indiana, where she coached until 2017. Julia currently trains clients at Illiana Power Asylum in Hammond, IN and consults and coaches clients from all over the country.  With over 20 years experience in the industry, she has a passion for helping women and young girls find strength and empowerment through weight training.

Julia has spoken at prestigious conferences such as Swis in 2016, NSCA Ohio State 2013, NSCA Coaches Conference 2014, NSCA Kentucky 2016 and elitefts Learn to Train 2013, as well as over 20 other seminars on various local and national levels.

Jason Nunn graduated with his Bachelor of Science degree from Indiana State University in 2005 with a major in exercise science. In December of 2006 he finished his Master of Science degree from Indiana State University with a major in physical education with an emphasis in coaching and nutrition. During college, Jason became a Certified Strength and Conditioning Specialist (CSCS) from the National Strength and Conditioning Association (NSCA).
Nunn previously owned his own training facility in Avon, Indiana and was the Head Strength Coach of Danville High School. Recently, he returned to Indiana State as an assistant Strength Coach working with Indiana State Football. In October, he became the Head Strength and Conditioning Coach at Whiteland High School.
In Jason’s fifteen years in the industry, he has worked with a variety of clientele. They range from blue collar workers to housewives to elite division one and professional athletes. His passion is in sports performance and helping athletes achieve their athletic goals through increasing strength, speed, and agility. 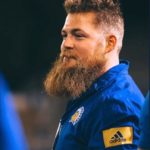 Lucas White is in his fifth year as a collegiate strength and conditioning coach, and in his first year as an Assistant Athletic Performance Coach at San Jose State University, where he works with football, track and field, both men’s and women’s soccer, and assists with baseball. He was a graduate assistant at Indiana State University working with Football,Track &amp; Field, Cross Country and Women’s Soccer. Lucas was also on staff at New Mexico State University from August 2016 to July 2018, where he worked with football, baseball, softball, men’s basketball, cross country, and track and field. Before NMSU, Lucas started his college career as an Intern at Mississippi State University working with the Football program. Prior to entering the collegiate ranks, Coach White spent time at F.J. Reitz High School in Evansville, IN from January 2013 to December of 2015. Lucas holds credentials from the NSCA and the CSCCa as well as a bachelor’s degree in kinesiology from the University of Southern Indiana. He’s currently pursuing a master’s degree in physical education and coaching from Indiana State University. 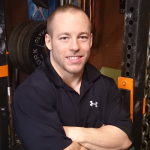 Brandon Smitley is a world renowned strength coach and athlete for over a decade. He’s worked with athletes of all ages and levels in various facilities and weight rooms in the country. He earned his Bachelor’s degree from Purdue University in Health and Fitness, and his Master’s degree from Indiana State University in Physical Education and Coaching. Brandon has been awarded Personal Trainer of the Year Awards from Purdue University and Indiana State University, and is a sponsored athlete with Elitefts and NutraBio. He currently co-owns and coaches with his wife, Adrian, at Terre Haute Intensity Resistance and Sports Training (THIRST).
As a competitive powerlifter, Brandon currently holds the all-time world record squat at 132 pounds, with a 567 pound squat. He also holds a 330 pound bench press, and 510 pound deadlift in that weight class, totaling 1377 pounds, ranking 4th all-time. He provides online coaching and programming around the world, and has personally worked with over 200 athletes in the US, UK, France, Italy, Mexico, Canada, and other countries. Brandon’s been published at Elitefts, Muscle and Performance, and Muscle and Fitness magazine. Brandon has spoken at Ohio State University, Indiana State University, Purdue University, Elitefts Learn to Train seminars, and has conducted seminars across the Midwest.
He holds his Certified Strength and Conditioning Specialist (CSCS), Level One Sports Performance (USAW), Certified Personal Trainer (CPT), and Postural Restoration Institute (PRI) For Fitness certifications. 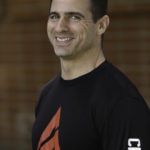 Wil Fleming is a sports performance coach and expert on being a more explosive athlete. His expertise comes from years of training and coaching athletes in multiple sports. His athletes are routinely the most explosive, fastest, and strongest on the field. He is also one of the strongest medium sized guys you will ever run into boasting some pretty decent numbers on the platform and in the weight room.
Wil was the previous co-owner of Force Fitness and Performance and Athletic Revolution Bloomington, in Bloomington, IN where he helped coach one of the most successful training facilities in the Midwest with nearly 300 clients, 60 athletes earning Division I scholarships and nearly 125 athletes moving on to compete at the NCAA level in Division I, II, III. Wil currently owns 1Kilo, where he offers weightlifting and performance based coaching for athletes and adults.
In addition to being a business owner, Wil was one of the authors of the IYCA’s Essentials of High School Strength and Conditioning, along with other noted performance experts Eric Cressey, Mike Robertson, and Dr. Toby Brooks. Wil’s teaching methods for the Olympic lifts have been featured in the DVD Complete Olympic Lifting and the recently released book Complete Olympic Lifting Handbook. Wil is a regular contributor to the IYCA blog, STACK (a magazine for high school athletes), and T-Nation where he writes about the being an explosive athlete/dude.
Wil is a sought after speaker on the topics of power development, speed, and strength training for athletes. He has spoken at the IYCA International Summit (2010-14), the Midwest Performance Enhancement Seminar (2011,2014), Building Better Athletes Seminar (2012), the College of the Canyons Strength and Conditioning Clinic (2012), and in Europe (2013, 2015).
Prior to being a business owner, he was an Olympic Trials participant, an all-American athlete, and the school record holder at Indiana University as a hammer thrower. Wil was a resident athlete at the Olympic Training Center in Colorado Springs for Olympic weightlifting after winning a Jr. National Championship in the same sport. 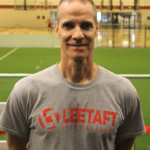 Lee Taft, known to most simple as “The Speed Guy”, is highly respected as one of the top athletic movement specialist in the world. The last 30 years he has devoted the majority of his time training multi-directional speed to all ages and ability. He has spent much of this time teaching his multi-directional speed methods to top performance coaches and fitness professionals all over the world. Lee has also dedicated countless hours mentoring up and coming sports performance trainers, many who have gone into the profession and made a big impact themselves.
Since 1989, Lee has taught foundation movement to beginning youngsters and helped young amateur athletes to professional athletes become quicker, faster and stronger. Lee’s entire philosophy is based off one of his most notable quote, “Learning athletic movement correctly from the start is the foundation for athletic success.”
With the release of Ground Breaking Athletic Movement in 2003, Lee revolutionized the fitness industry with his movement techniques for multi-directional speed. His innovated approach to training has impacted how athletic movement speed is taught. Lee brought to light the importance and fine points of the “Plyo Step”, “Hip Turn”, “Directional Crossover Step” and athletic stance. According to Lee, “Speed and agility done right is about making sure we marry the natural movements athletes have with effective and efficient body control to maximize speed and quickness”.
Lee has been asked to speak at numerous strength and conditioning and sports performance events across the world and has produced numerous instructional videos and courses in the area of multi-directional speed and movement training. In addition, Lee has written several eBooks specifically on movement techniques and speed development. Lee and his wife Jenn have 3 children, Jae, Bailee and Brennen and currently reside in Indiana.
Lee has his B.S. in Physical Education from Cortland State College, Cortland, New York 1989 and his M.S. from United States Sports Academy Daphne, Alabama 1994. He is also a NSCA Certified Strength and Conditioning Specialist (2000), USAW Sports Performance Coach (2003), USA Track and Field Lev. 1, and GIFT Fellow of Applied Functional Science (FAFS) (2010).

3:00-3:55PM: Progressions and Regressions for the Youth Athlete: A Systematic Approach in the Weight Room – Brandon Smitley