Signifying the Retirement of Kobe Bryant 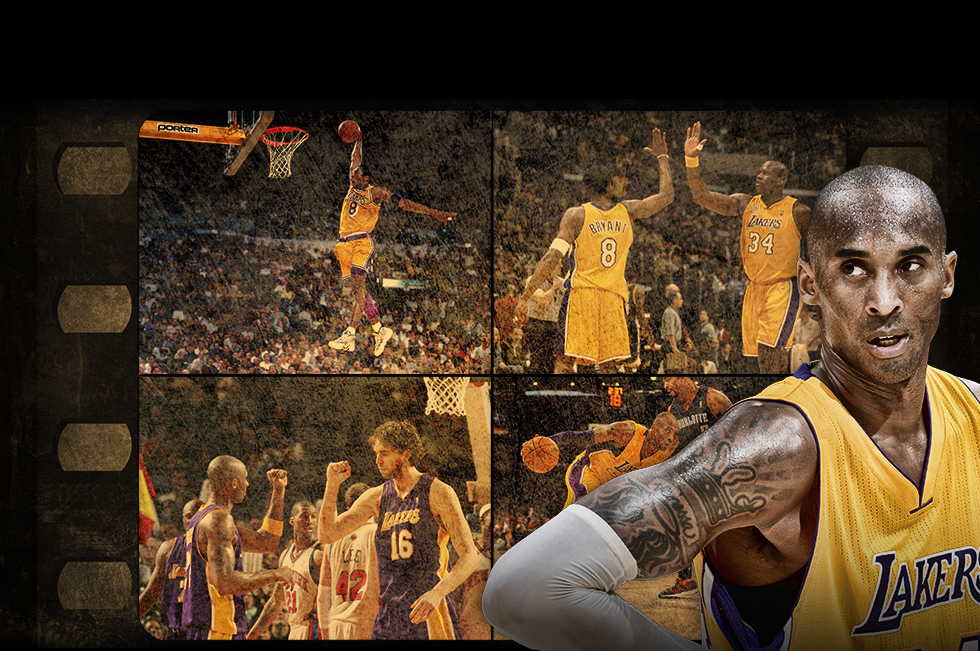 For those of you that have been living under a rock, last night was the final NBA game of Kobe Bryant. This certainly won’t be a typical blog post, but I do feel that this is a pretty significant mark in sports history that it does need some reflection.

It’s been the rave of sports nearly all NBA season that Kobe is retiring. His “farewell tour” while he visits each NBA stadium for the final time has him leaving with standing ovations, and rightfully so. I’m not going to list all of Kobe’s accomplishments, as that list would just be too long and quite frankly this isn’t a sports website (check out ESPN or other sites for that). What this is, is how Kobe has done some things that exemplify the “change of times” when it comes to sports and social constructs.

Kobe might be one of the final NBA players that plays with a death-like approach when it comes to stepping on the court. Since coming out of high school, straight into the pro’s, Kobe has worked his ass off to be the best at his craft. While other NBA players are still training, practicing, and putting in long hours, the routine that Kobe instills is second to none. I’m not sure we will see another player like this. He’s without a doubt in the top three all-time bests when it comes to guards to play in the NBA, and perhaps in the top five all-time best NBA players (this is of course up for debate).

The dedication, work ethic, drive and passion that Kobe has is something that we can all learn from. His ability to speak different languages, his composure during interviews, and his mentor-ship as of late to younger players displays the type of player and person that Kobe is. He seeks self-improvement upon all fronts, not just his basketball skills. I’m rather interested to see where and what Kobe will do after retirement, but we can probably assume that he will somehow be involved in the sport in some way or another.

Kobe has been a nice “middle ground” for the players of NBA’s past and those that are of NBA’s future. I feel that Kobe has bridged the gap of the ruthless 1990’s era to the current flashy and public appeal that we see in today’s players. I really think that Kobe was that bridge, as he shows signs of the 90’s, but as time has gone on, he has evolved to reflect the current era.

What can we learn from Kobe?

Personally as a society, I think we can take a few things away the way Kobe played the game and how he carried himself:

I can’t personally verify Kobe’s routine, but from the things that I’ve seen all year round, he was usually up and in the gym by 5am getting some kind of training in. After injury issues with his knees and Achilles, Kobe still has been one of the top players in the game. He exemplifies the dedication to his craft and placing the priority of the game high on his list to be the best. He’s never satisfied, and I think this is something missing in a lot of people and how they carry their life out. Regardless of your career, sport, life, family, and other hobbies Kobe has instilled that we should always give 100% and never quit to be the best at what we want to be.

I find it awesome that Kobe is fluent in multiple languages (English, Italian, Spanish, and working on Chinese). This goes to show that Kobe is a life long learner, not only on the court, but mentally and culturally. I personally had the hardest time grasping another language in college and high school, but it did give me a view of the world from different cultures and understanding the value of them. Perhaps this is why Kobe is so well respected across the world, compared to other NBA players.

Kobe is known for his meditation and using this to help rejuvenate his body and prepare mentally for his games. While I don’t think everyone has to mediate, I do think that taking the time to relax, focus, and give time to ourselves for self-improvement is something that is lost in today’s society. We’re busy people, always on the go, waiting for the next task, and very rarely taking the time to let our mind’s rest. Not only are we a sleep deprived society, but usually we feel that we always have to be involved with something. There is nothing wrong with finding a way to set some time each day to ourselves and letting our mind truly rest. We’d be better recharged to tackle the heavy tasks of each day, and have a clearer mind to do so.

As of late, it’s be nice to see Kobe reflect and rejoice on this ride and journey through the NBA. This season has been a direct reflection of Kobe doing just that. While his team isn’t going to see a post-season birth (and it’s likely Kobe knew this since the beginning of the season based upon the 2014-2015 season), Kobe still enjoyed his moments on the court and playing against some of the best the NBA currently has to offer (LeBron, Wade, Durant, Westbrook, Curry, etc.). He cherishes the relationships and the evolution of the game, and to finally partake in some of the final games of his long, stupendous career. We as a society are likely getting too caught up in all the things our life has that stresses out. While things have to get done, we also need to look at how we are approaching this mentally. We need to enjoy what we are doing within the moment, and be thankful for the current situation at hand. There is a lot of good happening in our lives, and we tend to focus on the bad aspects, rather than the good. Embrace those around you and who you are doing them with, and disconnect from your phone while you are with them.

Kobe’s amazing career is nothing short of amazing. I truly wish that I would have been able to see Kobe play in an arena, and it’s something that I will always regret. I’ve been fortunate enough to witness Magic, MJ, and now Kobe. We also have the likes of LeBron, Steph, and others that are shaping the game. While I’m not a huge NBA fan, I do appreciate excellent talent and history when I see it (regardless of sport). It’s safe to say that Kobe is the next closest thing we will ever see to Michael Jordan, and it’s likely we never see anything like Kobe ever again, with the way the NBA is evolving.

Appreciate everything Kobe has displayed as a person and player, and how his attributes on and off the court help set an amazing example of what it’s like to be a great person. I wish Kobe the best of luck, and thank him for many amazing years of watching his dominance on TV. Use some of these intangibles that Kobe has to better your life and yourself as a person.

Why Every Athlete Needs In-Season Strength And Conditioning
December 8, 2020