Why Every Athlete Needs In-Season Strength And Conditioning

In today’s time of training and competing, athletes are doing whatever they can to get to the top of their game and win. As strength coaches part of our job is to set our athletes up for continued success, especially when it comes to actually performing.

Strength and conditioning is usually pushed in two places: off-season and pre-season. While these are great times to make progress and get an edge on the competition, it’s usually the in-season or competitive season that is seen as an afterthought.

Imagine putting in hours of work a week for months, to just completely stop training altogether. We see this rather consistently, and we try our best to keep athletes in our facility year-round, but with games, practices, film, travel, and schoolwork it’s no wonder the weight room and strength and conditioning are seen as the first thing to put on the chopping block. But we’re going to discuss why this might be the last thing you want to drop from your full-plate of responsibilities if at all possible.

As mentioned above, imagine putting in hours of work in the off-season, but then when you stop strength training it all goes away after a couple of weeks. This will happen if you drop your strength and conditioning training after season starts. As season wears on and you’re not strength training, you begin to lose strength. A key aspect of having strength for sports is to increase the amount of force an athlete can produce. With increased strength (and force production), comes increased speed, power, harder hits, and higher vertical jumps.

So why would we eliminate strength training when that can help maintain those key performance indicators of a good athlete?

I’ve never met a coach that wants to be performing their worst at the end of season. Typically (especially in high school sports) teams and athletes are wanting to be their best at the end of season because that’s when conference championships, playoffs, sectionals, regionals, and state tournaments take place. It’s what you train all year for! But by taking away strength and conditioning training when season starts, you can expect the hard earned progress to dissipate by the end of season if you’re not performing in-season strength training.

Every coach I’ve ever met wants to go into post-season play at their best, and if you keep training in-season, you set yourself up for a much better chance to finish the year on a strong note. 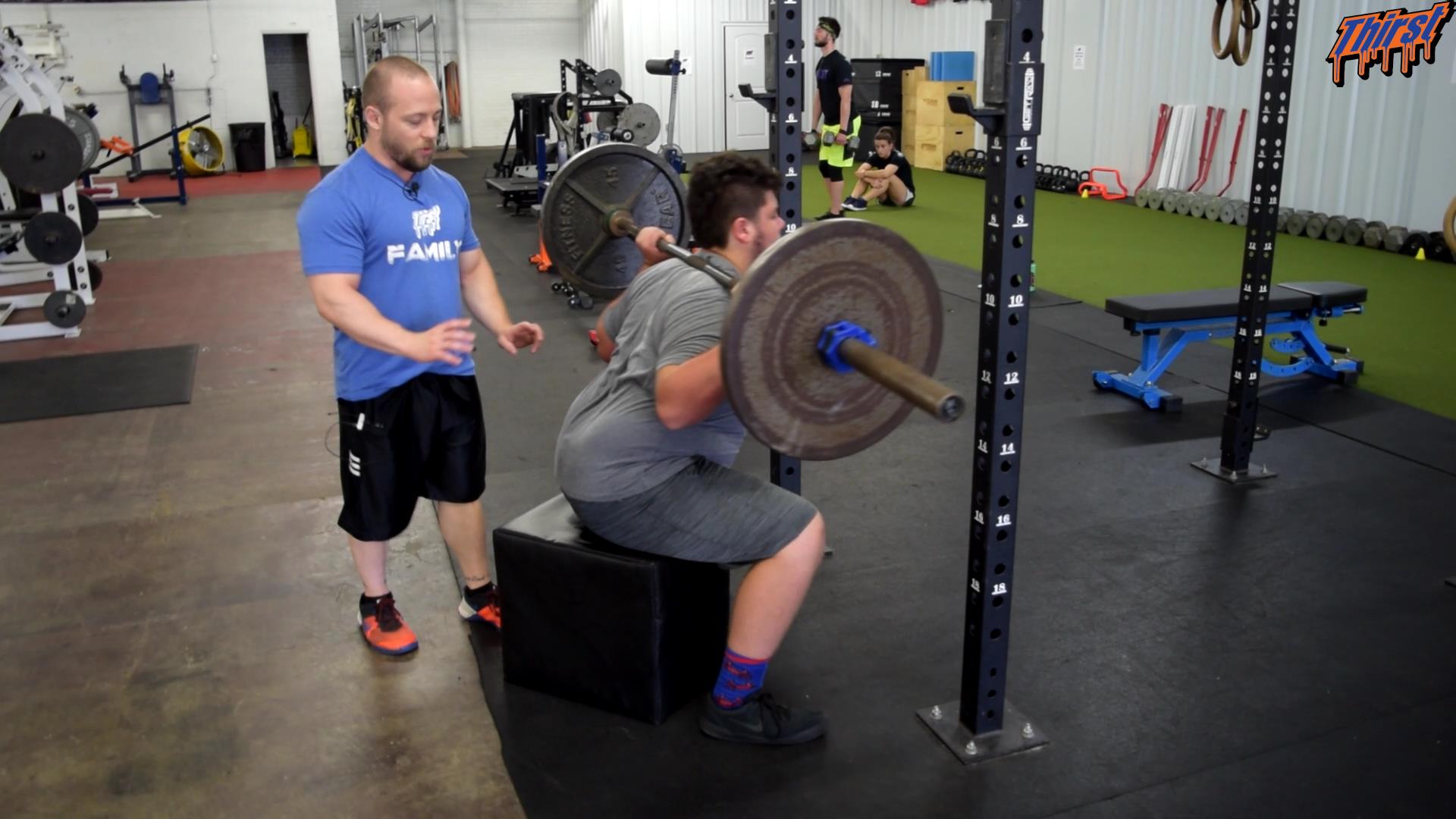 The two most important qualities an athlete can posses are availability and durability. Can you get on the field and play? And when you do, are you durable enough to meet the demands of the sport repetitively over the course of a season?

A stronger athlete is a more durable and useful athlete. If you can’t play or play at the level that’s needed, that’s considered a limiting factor of not only team performance but also individual performance. By maintaining or even improving on the strength gained in the off-season, as an athlete you can increase the likelihood that you’ll be on the field making an impact. One of the biggest issues with sport now is being able to withstand a tough season. The athletes that are strength training in-season are making better long-term progress because they are able to stay injury free and handle the training that many sport coaches are throwing at them.

One of the biggest things that I push for athletes and clients to understand is the long-term gain of in-season strength and conditioning.

You put all your time and effort into off-season training to get ready for the coming year, only to take steps back during season. I like viewing this as a flight of stairs. Let’s say your off-season training takes you from the second floor to fourth floor (on a ten floor building). When you stop training in-season, you might drop all the way back to the second floor, or just above it. So once that season is over and you jump back into off-season mode, you’re barely ahead of where you were last year strength and physical preparation wise.

We want to continually ensure we’re moving up the flight of stairs or trying to stay on the same flight for as long as possible. The long-term benefits compound over time to further develop an athlete superior to their competitors. And as a coach, I can tell you it’s always harder to get an athlete back to a previous level than it is to keep them there, and it doesn’t take as much work as you might think. We offer in-season training options to all our athletes, which is only once per week. But in that time, we can maintain (and sometimes even improve) all the qualities we built up over the course of the off-season. For one session a week, it’s really hard to come up with the “I don’t have time” excuse, particularly when that one day could save you two to three days per week in the off-season to get back to the starting line.

How Should You Strength Train In-Season?

Speed and power all rely on maximal strength. The stronger you are, the more force that can be produced. Maximal strength in one major quality that cannot be trained on a field or court. Now, this doesn’t mean you need to be taking one-rep maxes, but it does mean you need to be continually working between 80-90% of your estimated one-rep max during the season as much as possible on the major compound exercises.

When you’re training in-season, don’t try to add in sport specific based exercises or qualities. We know that in-season as an athlete you’ve got your highest stimulus of sport specific training via practices and games. We want to think of things in terms of buckets, and which buckets are full and which ones could use some filling. The sport specific bucket is probably full or maybe even overflowing. We need generalized exercises, especially if our weight room time is down (which it should be). Emphasize the basics: squat pattern, hinge pattern, single leg pattern, push, pull, and extra abdominal and pre-hab work. You can also train some speed based qualities through triple extension like cleans, box jumps, and acceleration training if this is lacking in the sport practice. Just ask yourself, what do my buckets look like, and which ones do I not want to overfill or ensure aren’t empty (and many times his may involve increased mobility work). 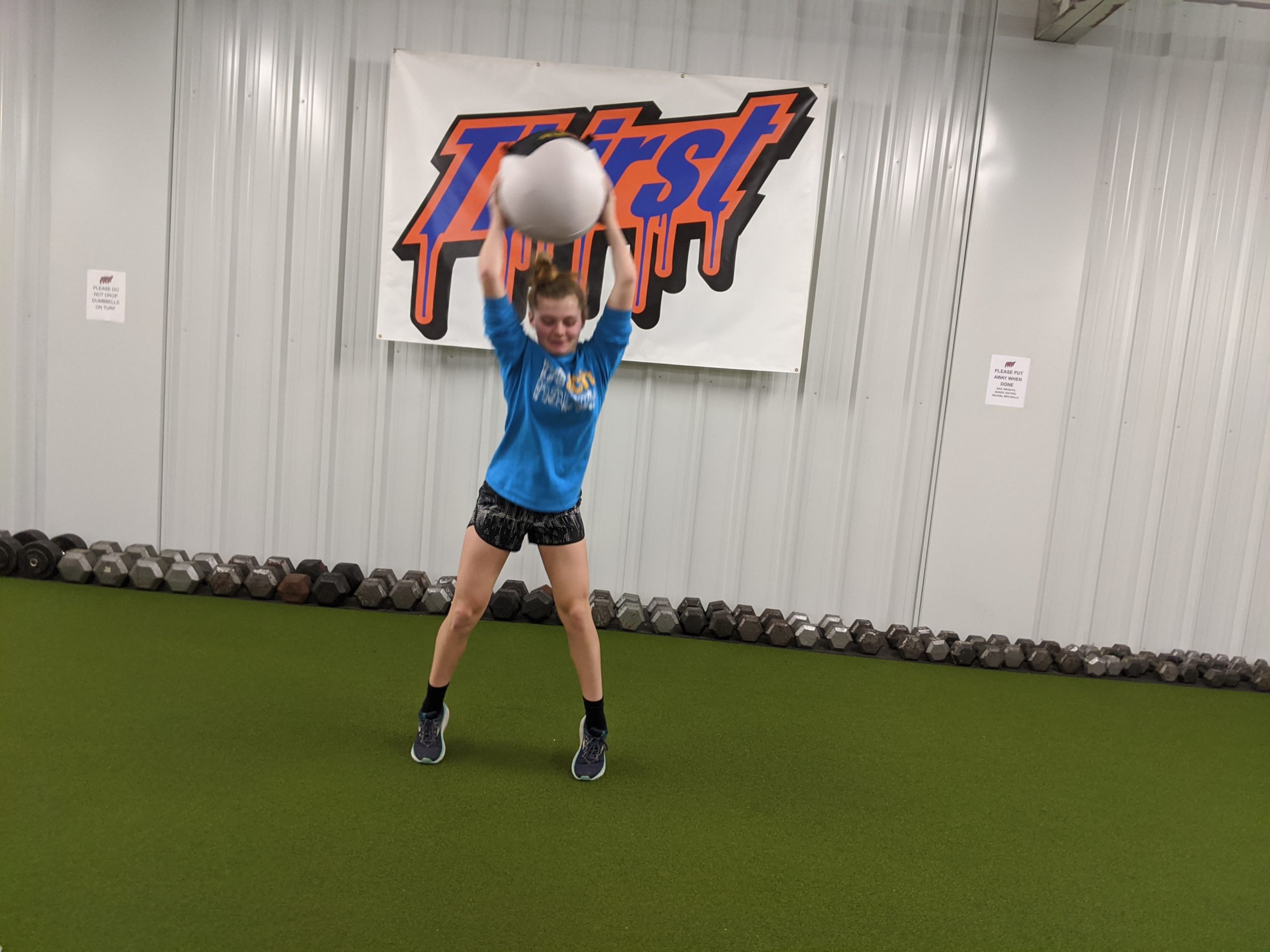 Knowing that in-season training sees the most practice and game time, the last thing we want is to be sore when we compete or practice hard. We know that training will make you sore to some degree in most cases, but we want to limit that as much as we can if possible. This would mean limiting heavy eccentric based work, and not having too much variation or volume within the training block. Typically three to four supersets of basic exercises focusing on quality of movement and getting the weights up a bit, but limiting things like hard Romanian Deadlifts and Bulgarian Split Squats would be wise, or finding similar exercises with less eccentric strain (Hex Bar Deadlifts and Step Ups). If exercise selection is going to change, it would be wise to do this during a down week of play/practice if at all possible, or make a drop in overall training volume to account for the strain of a new training stimulus.

While this is a common issue we see with any athletes, we know that in-season training can be a vital step to helping athletes take the next leap, extend careers, and put together their best performance at the end of a season when post-season play may be on the horizon. The training doesn’t have to be complicated, high in frequency, or high in workload for progress to be made. With great coaching and a plan, in-season training should be a vital aspect to every athletes training program.

See how in-season strength and conditioning can be your way to having your best season yet. 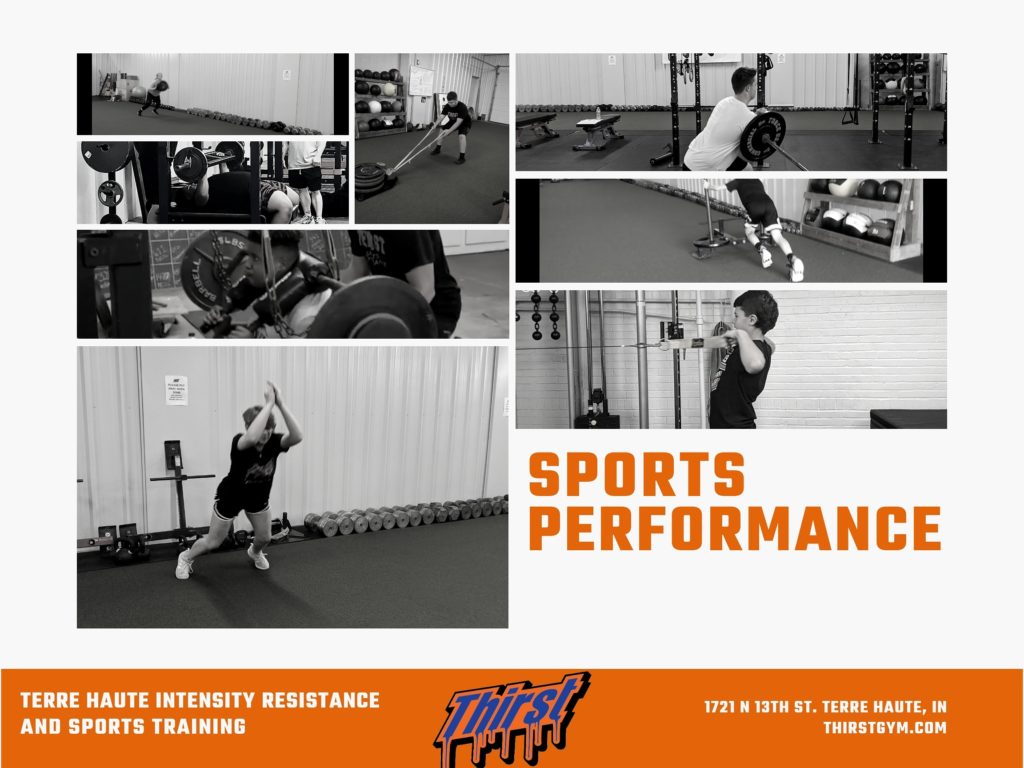